He opened his eyes. He didn't see anything. He stared at the emptiness, and at first he saw nothing but a page of thick fog, which was slowly dissolving little by little, for him to be able to discern what was around him , as a draft photograph appears after being placed in a color reagent solution in the laboratory.

He felt severe pain in his head, chest, arms and legs. He was lying on his back on the ground, with no bed or rug. He tried to get up, but he couldn't even raise his head. He thought that he could get up if he leaned on his right hand, but his arm did not respond to any movement, as if the threads of communication with it had been totally cut off. He turned his eyes to his arm, and he got shocked by the sight of traces of blood on the sleeve of his jacket. He panicked, he cried out as loud as he could, but he heard no response, no voice, not even a faint sound. He closed his eyes.

Why is he lying on the ground? Why is there this feeling of agonizing pain in the head? and the blades of pain stabbed in the extremities of the whole body? He doesn't know why. He doesn't remember anything. In this state, he is similar to Kafka's cockroach man, except that he is motionless.

He recollected his fragmented thoughts. He recalled his memories, and opened his eyes once more. Above are blue skies, green branches, and white birds ceaselessly chirping. It came to his ears as a continuous thump of a beehive. Ahead is a tree with a chunky trunk, and next to it is a smashed car with its glass scattered around it. He quickly turned his gaze to his arm... The blood stain was incessantly widening. Weakness creeps into his limbs like a masked killer. With each passing second, the weakness grows stronger, and becomes the master of the situation; its unsheathed sword being that blood escaping out of the body with each pulse, drop by drop. And the blood stain gets wider and wider. He felt sure that, unless the blood flow from his wound was stopped, his life would come to an end. But he cannot move. He can't do anything.

A secondary agricultural road, along which cars rarely pass. There are no houses for peasants, no trace of cattle or shepherds. His only hope of survival is some rescue coming from somewhere, before the oil of life runs out. The blood stain constantly expands. Why isn't this damned blood going into the body instead of oozing outward? The bleeding continues, and he is still there waiting for Godot. He can do nothing. Even speaking or whispering is an impossible phoenix.

Had his little daughter been by his side now, she would have bandaged the wound with a rag from his shirt, and the bleeding would have stopped. How easy this is...She used to bandage his chin with a little medical plaster, if it was wounded during the morning shave, and blooding would stop immediately. How tender her white fingers are when she touches his face tenderly, or while she holds an icy glass of water for him...But the spot of blood is ever expanding, and the weakness ever intensifying, and there is no trace of a human being, nor the roar of an oncoming car. He closed his eyelids.

He heard movement close to him. Exhausted, he barely opened his eyes. A loose cow stopped by him. She  turned towards him. Then she continued down the road. He kept staring at her. She was alone. She disappeared into the nearby field. The spot of blood is turning to the ground beside him. And the dizziness gets worse. And weakness increases. His eyelids closed.

A soft breeze touches his face lightly. He opens his eyes with great effort. He catches a glimpse of something long and dark moving in the distance. With difficulty, he keeps his heavy eyelids ajar. He perceives a person walking. Yes, s/he is a human being. S/he is moving towards him. S/he is heading towards him, no doubt. S/he's getting closer. His heartbeat rises slightly, as if to urge the coming person to speed up. begging the person; appealing to him/her. Help! Help is coming. But the bleeding continues. And the spot of blood on the ground widens. And weakness prevails. He cannot keep his eyelids open. He closes his eyes. His heartbeat slows down, falters, almost disappears.

With his eyes closed, he feels that the next man stops for a little while, bends over him, and places the fingertip of his right hand on the left side of his chest, under his jacket. Sure enough, he's feeling his pulse, to make sure that he's alive. Ah, if he could only speak, he would tell him: “I am still alive, even if you cannot feel my heartbeats. "Do something, please, I beg you."

He feels the man passing his hand over his chest, stumbling over his jacket pocket. He must have wanted to stroke his heart to energize him. Shortly thereafter, the man's fingertips moved to the wrist of his left hand. He slightly presses the wrist. Undoubtedly, he is sensing his pulse from his wrist, since he could not detect his heartbeat. No. No. He is removing his watch from his wrist... Then he hears the man's footsteps moving away from him in the direction of the car. 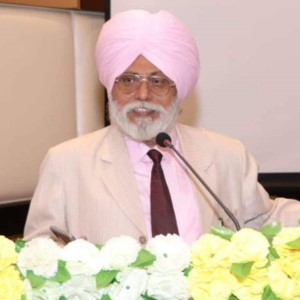 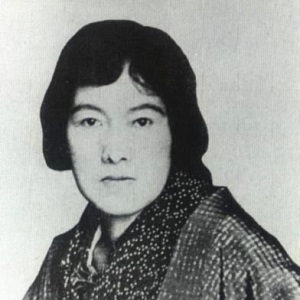